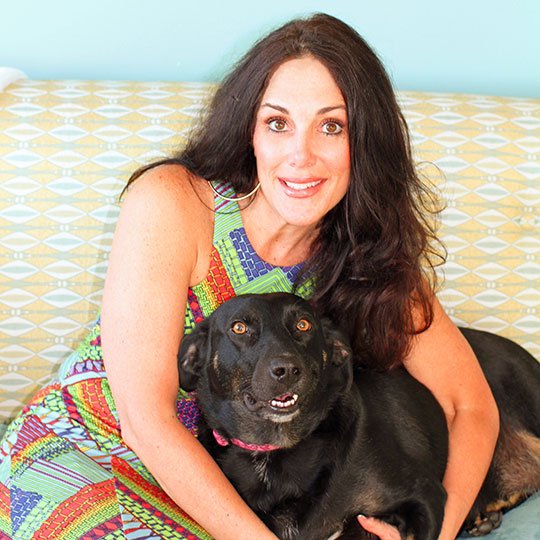 Zaida’s journey began on the other side of the globe in Didim, Turkey, the same place where Tanzi was found being abused as a young puppy. Discovered chained inside a hole as a young puppy, Zaida lived a life devoid of hope, love, and affection as she was being trained for dog fighting. Thankfully, a rescue woman learned of Zaida’s plight and moved her to the same rescue where Tanzi, Mattie, Maxine, and Joy ended up. Although Zaida was not one of the dogs Nikki helped rescue, she agreed to bring Zaida back to the States to live with her.

When Zaida first arrived at Nikki’s home in September 2011, she was shy and would run the other way if approached too quickly. Over time, with love and affirmation, Zaida has come out of her shell and is one of the sweetest dogs of Nikki’s pack. Her favorite activity is to lie on the couch like Cleopatra with her paws up in the air waiting for someone to come and scratch her belly.

Zaida is such a peaceful soul who doesn’t have a mean bone in her body; you wouldn’t believe she’d ever endured the tortures of her early life. Although originally named “Chilli” by the rescue woman, Nikki changed her name to “Zaida,” meaning “fortunate one.” Not only is Zaida fortunate to have found her way to the States when so many other dogs don’t get such a second chance, but Nikki also feels fortunate to have Zaida as part of her heart and home.