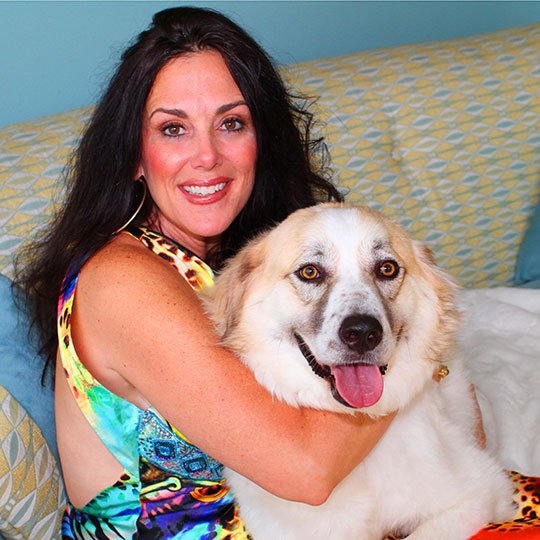 Tanzi hails from Turkey, where she was rescued off the streets of Didim at around three months old after attracting the attention of a rescuer who saw her being abused by a group of young girls. Like her siblings, Maxine, Mattie, Joy and Zaida, Tanzi spent time in the rescue located near Didim before flying from Istanbul to Frankfurt then on to Orlando in September 2011.

Tanzi’s first year in Florida was a bit of an adjustment for her. Living in a home environment was strange for a dog who had only known the streets and life in a crowded rescue where she could do whatever she wanted to do. In fact, on one occasion, Nikki had to call the fire department to help rescue Tanzi from the roof of her home; she had climbed up and couldn’t get back down.

Today, Tanzi is an energetic dog who loves her home and pack of canine friends. Her favorite activity is to climb up on the back of the recreation room couch, put her paws on Nikki’s shoulders, and give her kisses. She also likes to let out the funniest barks, alerting everyone that she’s in the room. Almost three years after leaving her abusive past behind, Tanzi is flourishing in her new life as a pampered, rescued pooch.