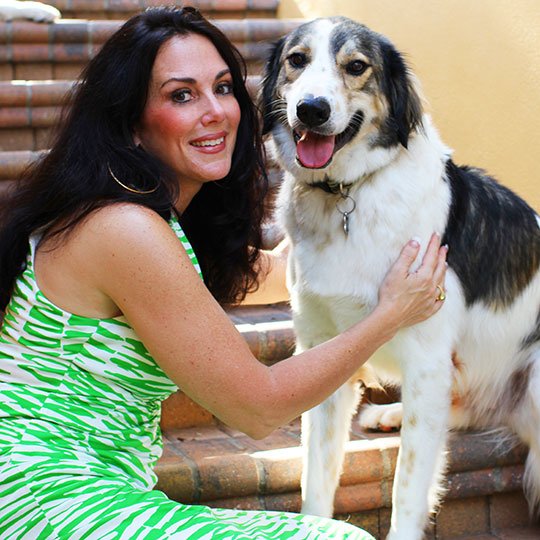 Snoopy’s journey began as a small puppy in the outskirts of Turkey, where he lived with his mother, Bambi, and his sister, Lucy, until the entire family was rescued by a devoted rescuer, Max Mensur, Kahrimanovic. When Nikki first saw Max’s post on Facebook about Snoopy and his family, she was struck by a comment left by one of Max’s friends: he reminded Max that “nothing is impossible” when it comes to animal rescue, even though, at the time, getting them to safety seemed outside the realm of possibility.

Nikki’s late father would often remind her that “nothing is impossible” when it comes to the accomplishments any one person can achieve in a lifetime. When Nikki saw these words posted on Max’s Facebook page, she knew she had to do whatever she could to assist in this rescue. Thanks to an international effort on the part of Max, T.C. Gilly Foreman, Val Whyte and her husband, Ian, Cudi Moss and her husband, and Neli Kahrimanovic, Nikki was able to bring Snoopy and his family to live in Florida with her a, remarkable accomplishment, to say the least.

When Snoopy first arrived in Florida in October 2013, he was terribly shy and would back away if approached too quickly. Today, Snoopy has blossomed into a sweetheart, a real gentle giant weighing in at ninety-five pounds, who loves attention, cuddles, and most of all, belly rubs. His soulful eyes speak a million different words all at once.