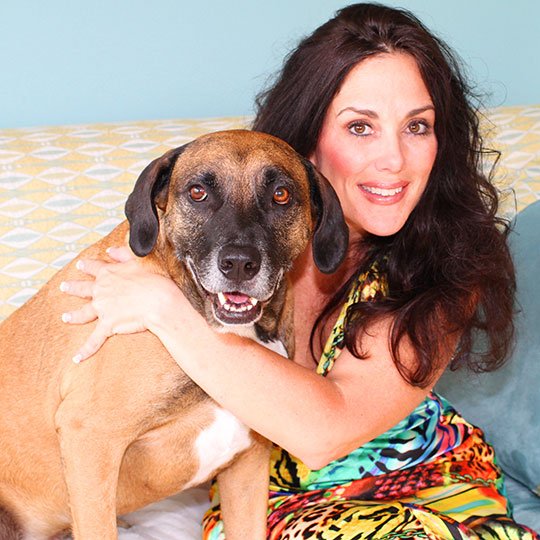 The first dog adopted of Nikki’s current pack, Picasso holds a special place in her heart. Nikki adopted him in May 2008, four days after her first dog, Paulie, died unexpectedly while having a cyst removed from his neck for biopsy. Browsing PetFinder for a dog to help heal her heart after Paulie’s death, Nikki came across Picasso’s photo posted from a high kill shelter located near Lithia, Florida. When Nikki saw his soulful eyes, she heard, “Pick me.”

Picasso was only six months old when Nikki brought him home. Sadly, despite his young age, he showed signs of abuse, being fearful of the vacuum, dust vac, tape ruler, and blender. Through love and constant affirmation over the past seven years, Picasso has made leaps and bounds in overcoming his fears and is now a confident dog with a very sentimental spirit.

Picasso is an extremely handsome dog with chiseled back legs like a race horse. Most days, you will find him running from one end of the courtyard to the other, protecting Nikki, his home, and the rest of the pack as he is definitely “king” of the castle. Picasso just turned seven and with each passing year, he and Nikki grow closer as two souls brought together by the forces of fate.