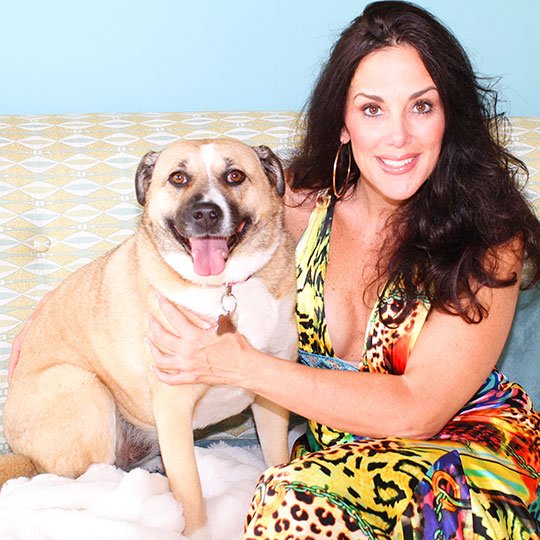 Mattie’s journey began in November 2010 when she was found by rescuer Max Mensur Kahrimanovic living in a junkyard near Cannakale, Turkey. At the time, Mattie was only eight to ten weeks old, starving and alone, without a mother or father to care for or defend her. Mattie was the first of the Turkish dogs Nikki adopted after seeing her photo posted on Facebook and instantly falling in her love with her sweet, innocent face.

Like her siblings, Maxine, Joy, Zaida and Tanzi, Mattie lived at the rescue near Didim until making the long journey across Turkey to Istanbul, where they flew to Germany and then on to Orlando, where Nikki finally met them and brought them home. Once home, it took Mattie nearly two years to overcome the separation anxiety she suffered due to the stressful environment at the Turkish rescue.

Mattie has blossomed into a kind, sweet soul who loves her family, canine and human alike. Her favorite thing is to lie in the corner of the recreation room couch, staring with adoring eyes at Jonmichael , who is in the vet program at the local high school and helps to care for her. Mattie is thriving in her forever home and is living proof of an abandoned dog whose “fairytail” story did, in fact, come true.