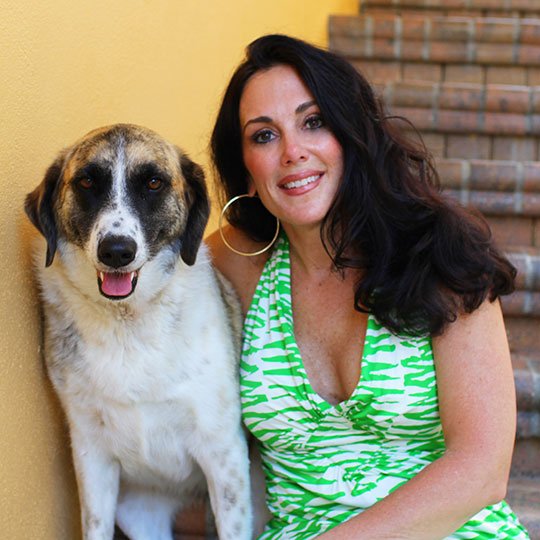 Lucy’s story began as a four month old puppy in Mut, Turkey, where she and her sweet mother, Bambi, and her gentle giant of a brother, Snoopy, were rescued in June 2012 by a devoted animal rescuer, Max Mensur Kahrimanovic. When Max shared the photos of Lucy, Bambi, and Snoopy on his Facebook page, a friend of his commented under one of the photos that “nothing is impossible.”

Although at the time it seemed that getting Lucy and her family to the United States was nearly impossible, those words struck a chord in Nikki. Her late father always said, “Nothing is impossible,” in terms of life and what any one person can accomplish. So when Nikki saw those words posted on that Facebook page, she knew it was a sign from her father that she was meant to bring Bambi, Snoopy, and Lucy to live with her in Florida.

Thanks to an international effort on the part of a number of devoted animal lovers near and far, Lucy, Bambi, and Snoopy arrived in Florida on October 23, 2013. From the first moments in her new home, Lucy fit in perfectly, never shying away from Nikki. As the most adventurous member of her family, Lucy loves going for walks and exploring the world around her. Feisty, adventurous, and independent, Lucy still finds time to stop and give Nikki kisses letting her know how thankful she is for giving her a second chance at life.