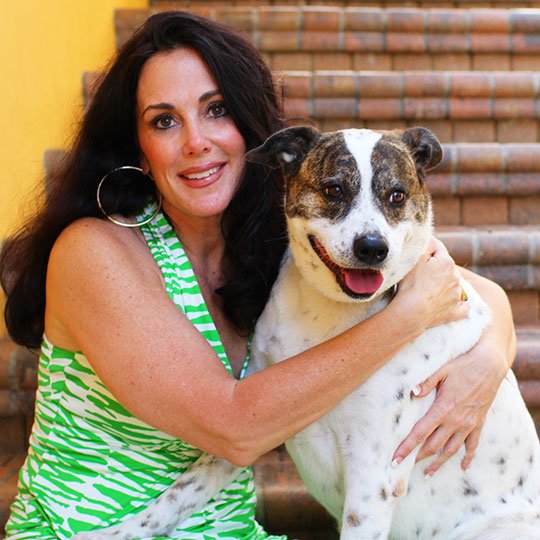 Izzie hails from Harbour Island in the Bahamas, Nikki’s home away from home, and where she first gave birth to the idea for her book series, The Toad Chronicles. Nikki discovered Izzie on Halloween Day 2009 when she was on the island writing book one of the series.

When Nikki found Izzie, she was only eight weeks old, living with her mother and siblings in squalid conditions. Izzie was so weak from the hundreds of fleas draining her tiny body that she fell to the ground when Nikki went to pet her. Nikki knew right then she had to do everything she could to bring Izzie home to Florida; otherwise, she would most likely die, given her frail condition. Thankfully, a wonderful animal lover on the island fostered Izzie for three weeks before flying with her to Ft. Lauderdale, where Nikki picked her up and brought home.

The second dog in Nikki’s pack of rescues, Izzie has welcomed many more additions in her five plus years with Nikki. Izzie is a laid back girl who isn’t much for cuddles, but who loves the company of her packmates, Maxine and Buck. The trio spends their time getting into mischief together, living in peace, a world away from the squalor in which their lives began.