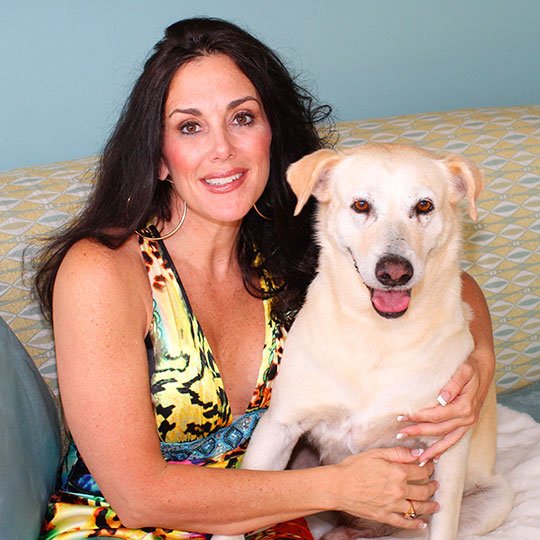 Dreamer hails from the streets of Nassau, Bahamas, where he and his friends struggled for survival on the streets. They not only faced the harsh elements, a lack of food, fights with other dogs, and countless other dangers that await homeless dogs and cats, but they also found an enemy in a local shopkeeper who threatened to kill them.

Thankfully, a local woman rescued Dreamer and his friends but needed help getting them to Fairytails Fostering in Princeton, West Virginia. When Nikki heard these words, she realized it was serendipity, as “Fairytails” and “prince,” are words significant to her book series, The Toad Chronicles. Nikki knew she was meant to help with this rescue.

When Dreamer and his friends first arrived in Florida, one of the dogs was very sick and needed to be quarantined for five weeks, meaning the dogs would be staying with Nikki longer than expected. As fate would have it, this gave Dreamer the opportunity to make himself right at home. He decided instantly that he wasn’t going anywhere; he had found his forever home with Nikki and the rest of her pack.

When Dreamer first arrived at Nikki’s home, he was heartworm positive and had a scraggly, dirty coat. Today, he has made a full recovery and is thriving beyond all expectations. Despite the suffering he endured on the streets of Nassau, Dreamer’s gentle heart and endearing smile are a testament that old dogs really can learn tricks and start life anew.