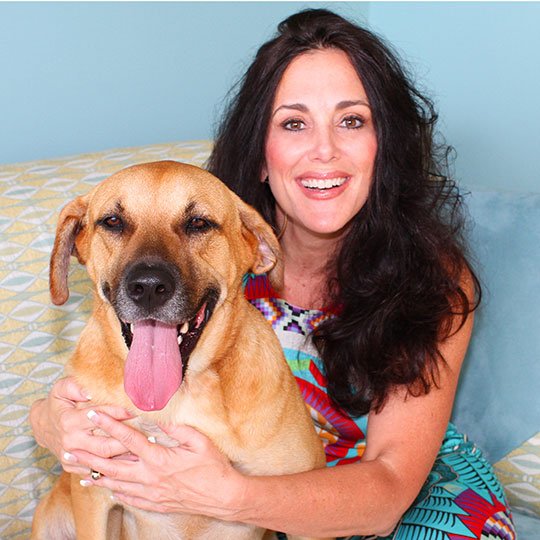 Buck’s story began a little closer to home than many of his other siblings. In September 2012, Nikki discovered Buck listed as “urgent” on the Facebook page for the animal shelter in Chipley, Florida. This meant, if Buck wasn’t placed with a rescue or adopter as soon as possible, he would be euthanized. Nikki knew she had to do what she could to get Buck out of that situation, as there was something about his face that indicated he was a very special dog.

Initially, Nikki brought Buck into her home as a foster, with the intention of finding an adoptive family for him. When Buck arrived, however, she noticed he was limping on his back right leg. After visiting her vet, Nikki was informed that Buck had recently suffered a fracture caused by most likely by a car accident, requiring hip surgery and a three-month recovery. As fate would have it, during his rehab, Buck bonded with Izzie, and from that moment on, Nikki knew he had found his forever home.

Today, Buck enjoys running like the wind and playing with his friends as much as he does curling up in Nikki’s lap, forgetting he’s not a tiny lap dog at seventy pounds plus. Buck is also the resident comedian of the pack, always making the funniest faces for the camera. He is a loving, sweet dog, and Nikki feels blessed he is part of her heart and home.